The world's 6 most favourite cocktails - Illustrated

August 15, 2015
This week we are introducing 6 of the world's most popular cocktails, Illustrated.  Tell us what are your favourite cocktails and we will show you them illustrated. Have a look.. 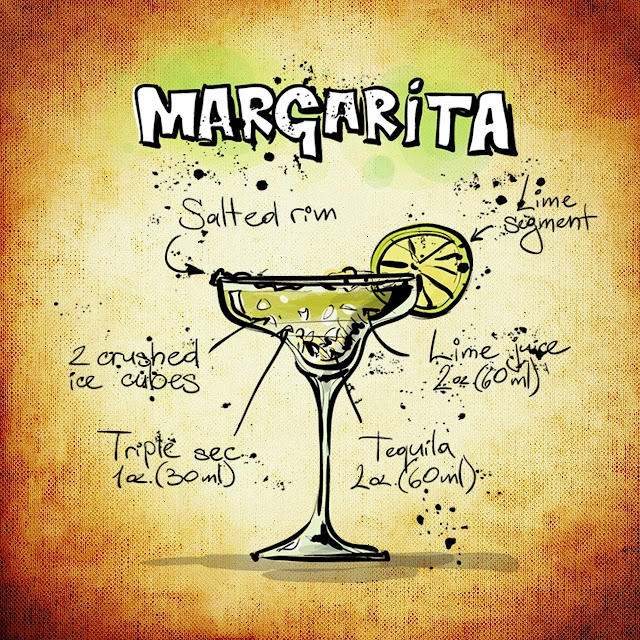 This is a Mexican cocktail made with tequila, lime juice and triple sec, usually served with salt on the glass edges. However the history of the name of Margarita cocktail is as inaccurate. There are several legends about it, the most famous being that of Danny Baljeique (a known French barman who worked in the bar of the Hotel and Casino Riviera del Pacifico), who was completely in love with Marjorie King, an American actress who hated taking pure tequila it is customary among Mexicans. The tequila was both the only liquor that his body tolerated. So, intending to woo her, Baljeique using their ingenuity, combined to achieve satisfying flavors Marjorie, and finally came up with one of the most popular drinks in the world. 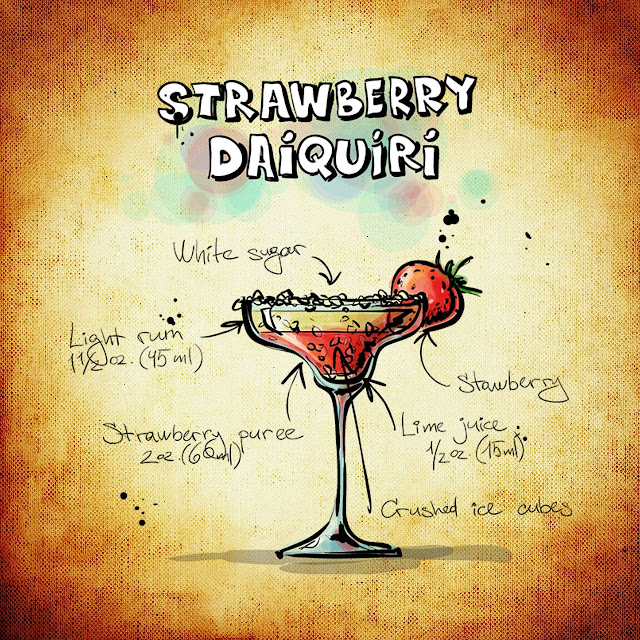 It is a kind of cocktail made ​​from white rum and Mexican lime juice or lime. Daiquiri name comes from a beach near Santiago de Cuba and an iron mine in the area. The cocktail would have been invented by an American engineer working in the mine, Jennings Cox, who shaped the drink when he ran gin and had to entertain a guest in their country. Fearful of local rum serve to dry, Cox added lemon juice and sugar to improve taste. It was a mining engineer of Italian origin who shared duties with Cox, Giacomo Pagliuchi, then captain of the Liberation Army, who was commissioned to baptize this cocktail and daiquiri. The drink does not really spread until 1909, when Admiral Lucius W. Johnson, a doctor from the United States Navy, tasted the drink and introduced to the Club of the Army and Navy, Washington, DC. Already in 1913, at the bar of the Hotel Plaza in Havana, the Spanish bartender Emilio Gonzalez also offers its customers daiquiri. The daiquiri became popular with the passage of time, becoming one of the favorite drinks of writer Ernest Hemingway, honor client El Floridita, one of the most famous bars in Havana, where he currently is a statue of the writer. 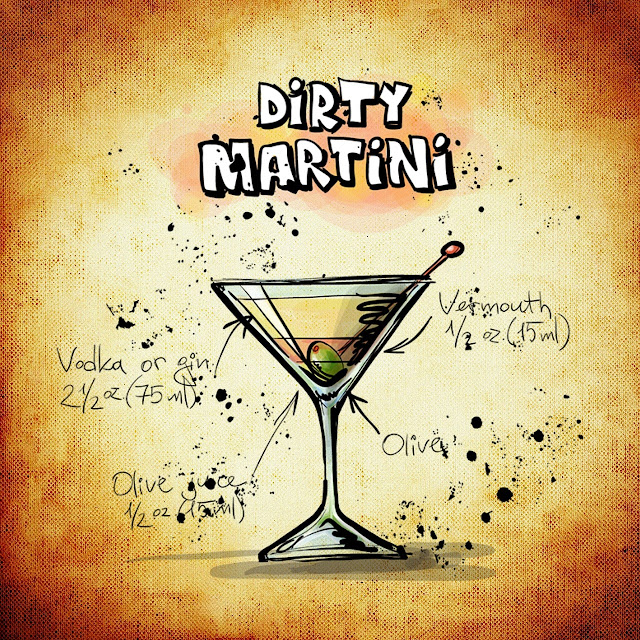 As king of the cocktail, they attributed several origins. That of a French bartender named Martini, who used the Noilly-Prat vermouth, made in Marseille. It is also located in New York, in the Kilmanac hotel, which was created for the billionaire Rockefeller one day there was no appetite. Or perhaps, it was in San Francisco, where a bartender was in the habit of putting their creations the name of the person who prepared the cocktail; one day the customer went so fast from his canteen, who could only know that he had embarked for the nearby town of Martinez, who pronounced in English is like Martini, and as for Dry, it has proven. True or not, it does not matter; what is certain is that in Martinez small village of San Francisco Bay, would claim the paternity of the combined and every year in spring celebrations held in honor of Dry Martini. Strong, dry sour taste and touch. Only suitable for fans of gin. Exceptional as an aperitif, but tasted at all times for their lovers. 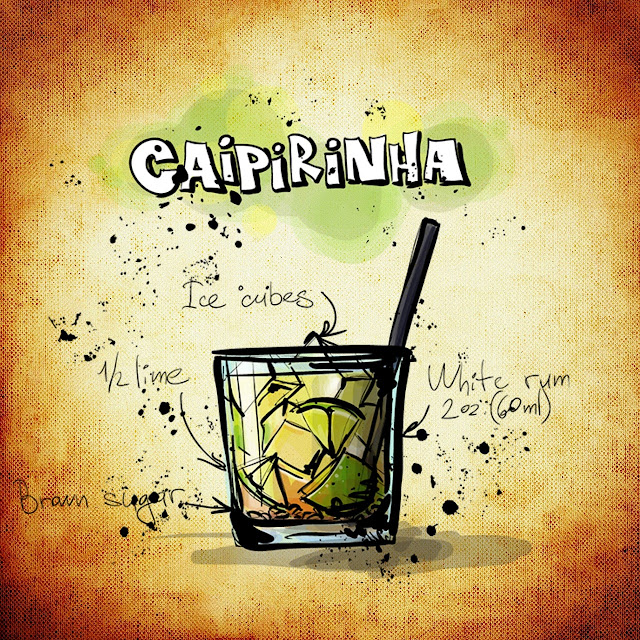 It is a Brazilian cocktail consisting of rum, lime, sugar and ice. It usually presents with straws, because the secret is in the caipirinha drink the liquid from the bottom of the container, because all the lime juice and sugar is situated at the bottom and will gradually mixing with rum. Without drinking straw is not recommended because the taste is not the same, above all rum it is undiluted and is quite strong. 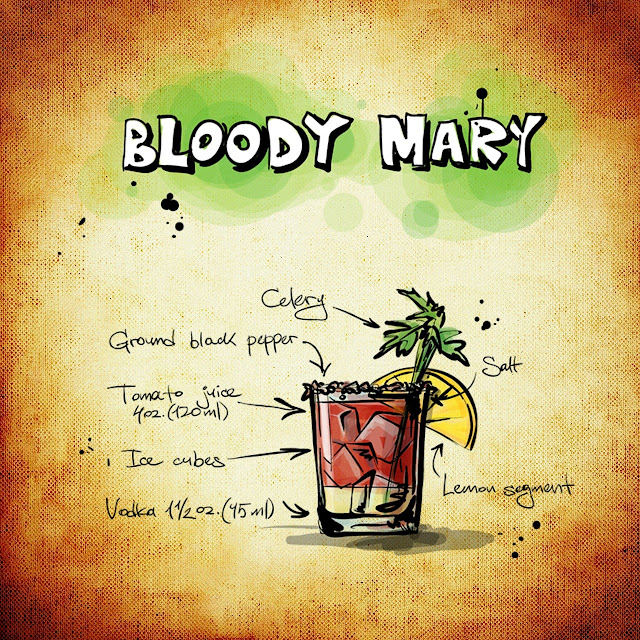 This cocktail of unpleasant name (translated would be Bloody Mary) is well known when it comes to reduce the hangover. And it is that their properties, a good Bloody Mary will help bring better hangover of alcohol you've drunk the day before. The Bloody Mary is one of the most drunk cocktails in America. However, no one knows for sure how her story began. They say that in Paris, an American named Petiot mixed vodka and tomato juice in equal parts. It was the 20s and 10 years later, in New York, at the King Cole St. Regis Hotel, the Bloody Mary was added pepper, lemon and tabasco sauce Perrins. 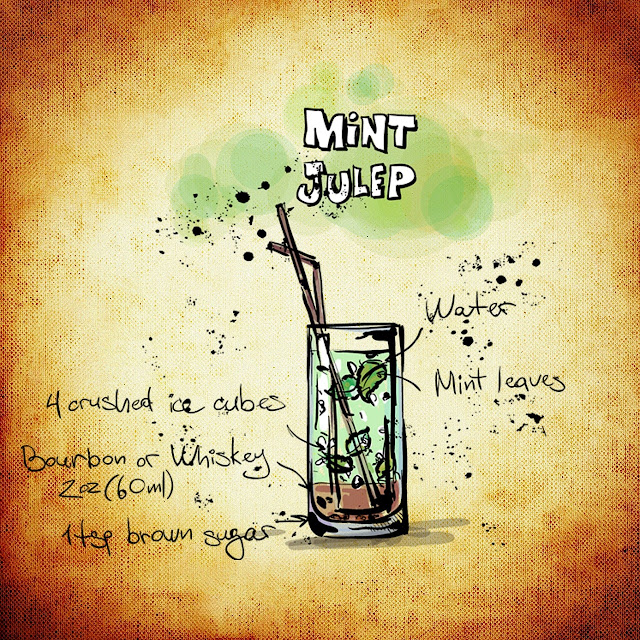 The mint julep is traditionally made ​​with four ingredients: mint, bourbon, sugar and water. Spearmint is used traditionally (mint) in the southern United States, especially in Kentucky. The origins of mint julep are weak and can not reach never known. His first appearance in the print media was in a book by John Davis published in London in 1803, where he was described as "a dram of spirituous liquor that bears mint inside, taken by the people of Virginia in the morning." However, Davis did not specify whether the bourbon was the liquor used. The mint julep emerged in the southern United States, probably during the eighteenth century. Kentucky Senator Henry Clay took the drink to Washington DC, the Round Robin Bar's famous Willard Hotel during his stay in the city.

What Makes A Healthy Breakfast

May 10, 2015
While the benefits of eating breakfast are well-known —  it can  prevent weight gain ,  boost short-term memory ,  lower the risk of type 2 diabetes , and even  make us happier  — most of those health rewards depend on choosing the right foods. "In general, a healthy breakfast contains protein, fruits, whole grains, or vegetables," says Ruth Frechman, MA, RDN, CPT, nutritionist and author of " The Food is My Friend Diet ." Typically, you want to include foods from at least three of these groups, says Frechman. The portion sizes will depend on your age, activity, and diet goals, but as a general guideline your "plate" should consist of about 25% protein, 25% carbohydrates, and 50% fruits and/or vegetables, says Frechman. Frechman emphasizes the importance of eating breakfast, but recommends waiting until you're legitimately hungry to break bread. "If you force yourself to eat at 7 a.m. when you're not hungry, chances are you are going t
Post a Comment
Read more