Get to know about Pescetarianism!

May 16, 2015
Today very often we hear the phrases "I am a vegetarian" or " I am vegan." But there is one particular group, presented as vegetarians, but actually eat seafood. This diet is defined as Pescetarianism. 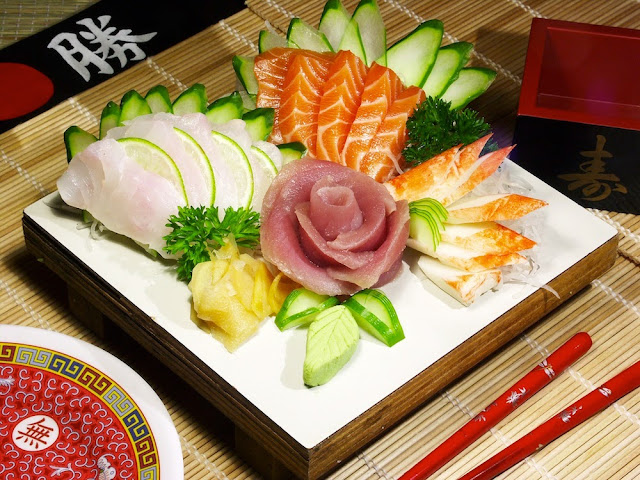 What animal products do Pescetarianians consume?

Pescetarianism is not really a new trend. It is the basis of Japanese cuisine for centuries. In ancient Japan, eating animals with two or four legs has been banned by decree. According to the Japanese religions, eating meat is considered unclean. The ban, however, the emperor was more practical than religious - it was a way to deal with hunger and spread agriculture across the country. The theme of the meat even created a different social class, "eta" - people who have had to work with animal carcasses and who ate meat (except fish). After the fall of the ban on meat, it became a symbol of modernity. In modern Japan meat products are widely available, but food of sea and ocean remain the most widely used and most preferred, the most severe.

Perhaps as a result of this diet, the Japanese have almost no problems with obesity. And perhaps because the country's government has set a goal to limit this problem with strict measures. But the fact is that only 3.5% of the Japanese nation is classified as "obese", which puts this so well developed among almost last in the world rankings. First is the United States, with over 35%. In Bulgaria, this percentage is also high - around 19% of the population suffers from obesity.

Today Pescetarianism is popular outside of Japan also - mainly in Europe and the US, instigated mainly for health reasons or as a transition to a vegetarian diet.


What are the advantages of Pescetarianism?

Pescetarianism significantly reduces the risk of cancer or heart diseases. Studies show that people who obtain protein from fish or plant products and grains instead of red meat, less risk of premature death. Fish contains less fat, which makes it more easily digestible protein to the liver, in comparison with the meat. Antibiotics and chemicals that are used in mass livestock and meat production can also prove to be a problem not only for the absorption of proteins, but also to the health. Therefore, the consumption of meat we recommend to choose carefully and read the labels.

More oily fish like salmon, pollock, sardines and herring on the other hand are rich in polyunsaturated fats (good fats) . They provide Omega 3 fatty acids that protect us from heart disease, high blood pressure and high levels of triglycerides in the blood. Omega 3 fatty acids can even relieve symptoms of arthritis.

The transition to this type of intermediate diet can help you lose weight and - if you are struggling with your weight you can try to focus on the fish.

What are the disadvantages of Pescetarianism?

Pollution of the seas and oceans, unfortunately, led to the poisoning of fish and marine products with mercury. The level of mercury in most fish is not enough to harm humans, but high levels in some fish can lead to damage to the central nervous system in children and damage to the fetus if you are pregnant. Fish that are higher in the food chain contain more mercury in their bodies than smaller fish. Avoid frequent use of shark, king mackerel, pike, swordfish, canned tuna, especially if you are pregnant. With at least mercury include salmon, trout, shrimp, oysters, Herrigel, anchovies, white fish, scallops, sardines, pollock, crabs and others.

Another problem is that some fish like tuna are threatened with extinction because of the aggressive method of fishing called trawling. Cultivated salmon in turn can contain other hazardous chemicals.

What Makes A Healthy Breakfast

May 10, 2015
While the benefits of eating breakfast are well-known —  it can  prevent weight gain ,  boost short-term memory ,  lower the risk of type 2 diabetes , and even  make us happier  — most of those health rewards depend on choosing the right foods. "In general, a healthy breakfast contains protein, fruits, whole grains, or vegetables," says Ruth Frechman, MA, RDN, CPT, nutritionist and author of " The Food is My Friend Diet ." Typically, you want to include foods from at least three of these groups, says Frechman. The portion sizes will depend on your age, activity, and diet goals, but as a general guideline your "plate" should consist of about 25% protein, 25% carbohydrates, and 50% fruits and/or vegetables, says Frechman. Frechman emphasizes the importance of eating breakfast, but recommends waiting until you're legitimately hungry to break bread. "If you force yourself to eat at 7 a.m. when you're not hungry, chances are you are going t
Post a Comment
Read more