Does spicy food really cause ulcers? 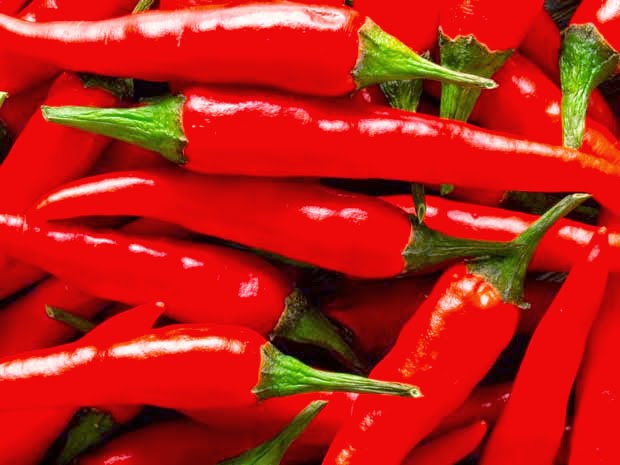 Suppose that one day you discover a great love of Indian cuisine. You try to eat it at least once a week, sometimes more, and enjoy a big spread of curries and chutneys. But after six months or so of your Indian eating extravaganza, you run into a problem. A few hours after dinner, you get a burning pain in your stomach. When you discuss this problem with a friend, she suggests that all of that spicy food may have given you an ulcer.

For decades, doctors believed that ulcers, or peptic ulcer disease (PUD), were caused by eating lots of spicy or highly acidic foods (along with smoking, drinking alcohol, poor eating habits and stress). People who developed ulcers were put on strict, bland diets. Boring food, however, didn't seem to cure the pain.

In the early 1980s, researchers discovered that none of these factors cause ulcers, although they can irritate existing ones. Your burning stomach pain could be an ulcer, but not because you started eating Indian food. It's also possible that you're simply allergic or sensitive to something in the curry, or that you have heartburn or acid reflux.

Gastric ulcers are essentially sores in the sensitive mucosal lining of the stomach. Ulcers can also occur in the lining of the first section of the small intestine, called the duodenum (duodenal ulcer), or in the esophagus (esophageal ulcer). A small number of people have a congenital defect in their small intestine called Meckel's diverticulum, which causes a small bulge, and ulcers can form there, too. People can have more than one ulcer at a time and in more than one place.

Ulcers are incredibly painful. In addition to causing burning stomach pain, they can also cause cramps, nausea, vomiting and weight loss. Sometimes the pain is worse after eating, while other times it gets better, depending on the food and how the ulcer reacts to it. Ulcers can bleed and cause people to vomit blood or pass it in their stool. Severe ones can even lead to perforations in the lining that require an operation to repair the hole.

While you can rest assured that your love of spicy food won't cause an ulcer, the actual cause might surprise you.


H. pylori, the True Cause of Ulcers

The vast majority of ulcers are caused by a spiral-shaped bacterium called Helicobacter pylori. H. pylorimakes its home in the stomach and duodenum, secreting an enzyme that protects it from the onslaught of stomach acid, and then burrows into the mucosal lining. The immune system sends white blood cells and other agents to fight the bacterium, but they have a difficult time getting into the lining. Nutrients sent to help the white blood cells actually end up feeding the bacteria. A flourishing crop of H. pylori bacteria can eventually cause ulcers.

You may have H. pylori bacteria living in your stomach or duodenum right now and not realize it. According to the National Institutes of Health, about 20 percent of American adults under the age of 40 and 50 percent of adults over the age of 60 have it [source: NIH]. In total, about 3 million people worldwide are infected [source: Helicobacter Foundation]. For most people, it doesn't cause any outward problems. But for some, H. pylori causes peptic ulcers or even stomach cancer if the patient goes decades with a constant infection.

Doctors don't know exactly why some H. pylori carriers develop problems and others don't. They don't know exactly how it's spread, either, although it seems to be through food, water and person-to-person contact, such as kissing. In developing countries with crowded, unsanitary conditions, there is a greater incidence of infection. Some researchers believe that H. pylori is hereditary.

The good news is that H. pylori is treatable, and both infection and reinfection aren't common in developed countries. One you've tested positive, treatment usually involves two weeks of antibiotics to get rid of the infection, a proton pump inhibitor (PPI) such as Prilosec to lower the amount of stomach acid, and abismuth drug such as Pepto-Bismol to coat the stomach lining. H. pylori can be difficult to get rid of and require a few different types of antibiotics to clear up the infection.

H. pylori is the main cause of ulcers, but not the only cause. NSAIDs (non-steroidal anti-inflammatory drugs) such as naproxen, ibuprofen or aspirin can also irritate the mucosal lining. The risk is greatest in people who take high doses for long periods of time, and your doctor may prescribe a PPI to counteract the effects.

If you're worried that you have an ulcer -- or if you have any of the symptoms -- you should definitely see your doctor, but keep in mind that your love of spicy food isn't to blame.

September 28, 2017
Conventional wisdom holds that the dehydration caused by heavy drinking is what makes you feel so sick the next day. In fact, experts actually know very little about what causes a hangover. Potential culprits include disrupted biological rhythms or even alcohol withdrawal, and research suggests that congeners—toxic substances found in alcohol, especially dark liquors such as whiskey—may also play a role. Nevertheless, replacing the fluid you've lost will likely help you feel a little less miserable. Here is the list of food you can consume when you are feeling the hangover. 1. Pears According to many researchers, pears are the best cure for a hangover. That's right, the severity of a morning hangover is reduced by between 16 and 21 per cent if pear juice was drank before the night out, according to the guys 'n' gals in white coats. 2. Coconut water Sugary sports drinks can do a workout more harm than good, but such is not the case with a killer ha
Read more