10 Filipino foods that define the Philippines

May 11, 2014
Filipino food may not be as famous as that of its Thai and Vietnamese neighbors. But with more than 7,000 islands and a colorful history, this archipelago has some delicious dishes of its own.

Blessed with an abundance of seafood, tropical fruits and creative cooks, there’s more to Filipino food than the mind-boggling balut (duck embryo).

You just have to know where to find them and how to eat them. 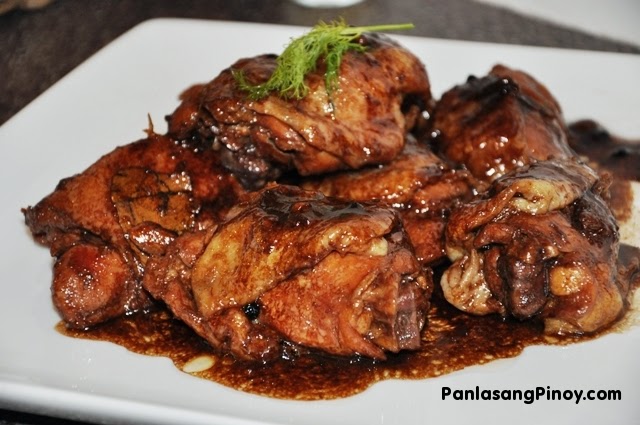 No list of Filipino food would be complete without adobo.


A ubiquitous dish in every household in the Philippines, it's Mexican in origin, but Filipinos found that cooking meat (often chicken and pork) in vinegar, salt, garlic, pepper, soy sauce and other spices, was a practical way to preserve meat without refrigeration.

This cooking style can be applied to different meats or even seafood. Sample it in a Filipino home or the garlicky version of the lamb adobo at Abe. 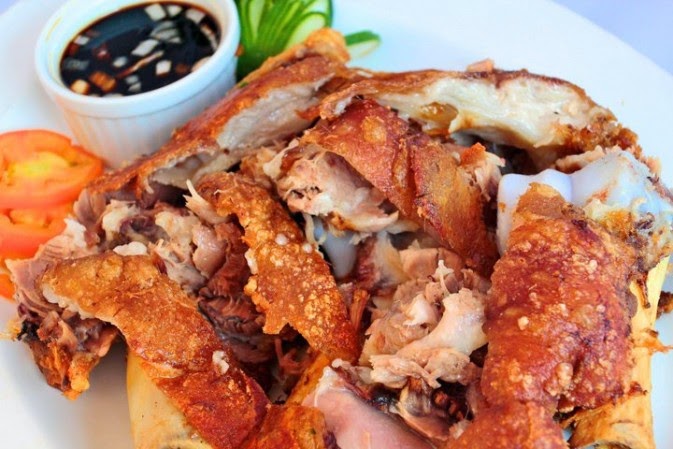 The lechon is the most invited party guest in the Philippines. The entire pig is spit-roasted over coals, with the crisp, golden-brown skin served with liver sauce, the most coveted part.

In Cebu, the stomach of the pig is stuffed with star anise, pepper, spring onions, laurel leaves and lemongrass resulting in an extremely tasty lechon, which needs no sauce.

In Manila, get your piggy from Elar's Lechon, while in Cebu, the best is CnT Lechon. 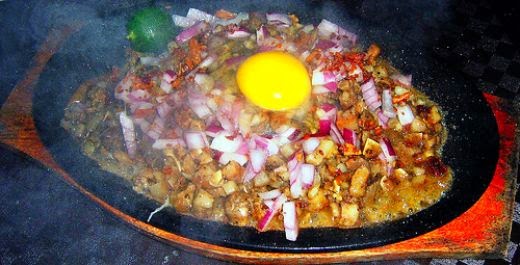 Nothing goes to waste in Filipino food. In the culinary capital of Pampanga, they turn the pork’s cheeks, head and liver into a sizzling dish called Sisig.

The crunchy and chewy texture of this appetizer is a perfect match for an cold beer. Serve with hot sauce and Knorr seasoning to suit the preference of you and your buddies.

Credit goes to Aling Lucing who invented this dish at a humble stall along the train railways in Angeles City, Pampanga. While Sisig can be found in many restaurants, try the original version at Aling Lucing Sisig. 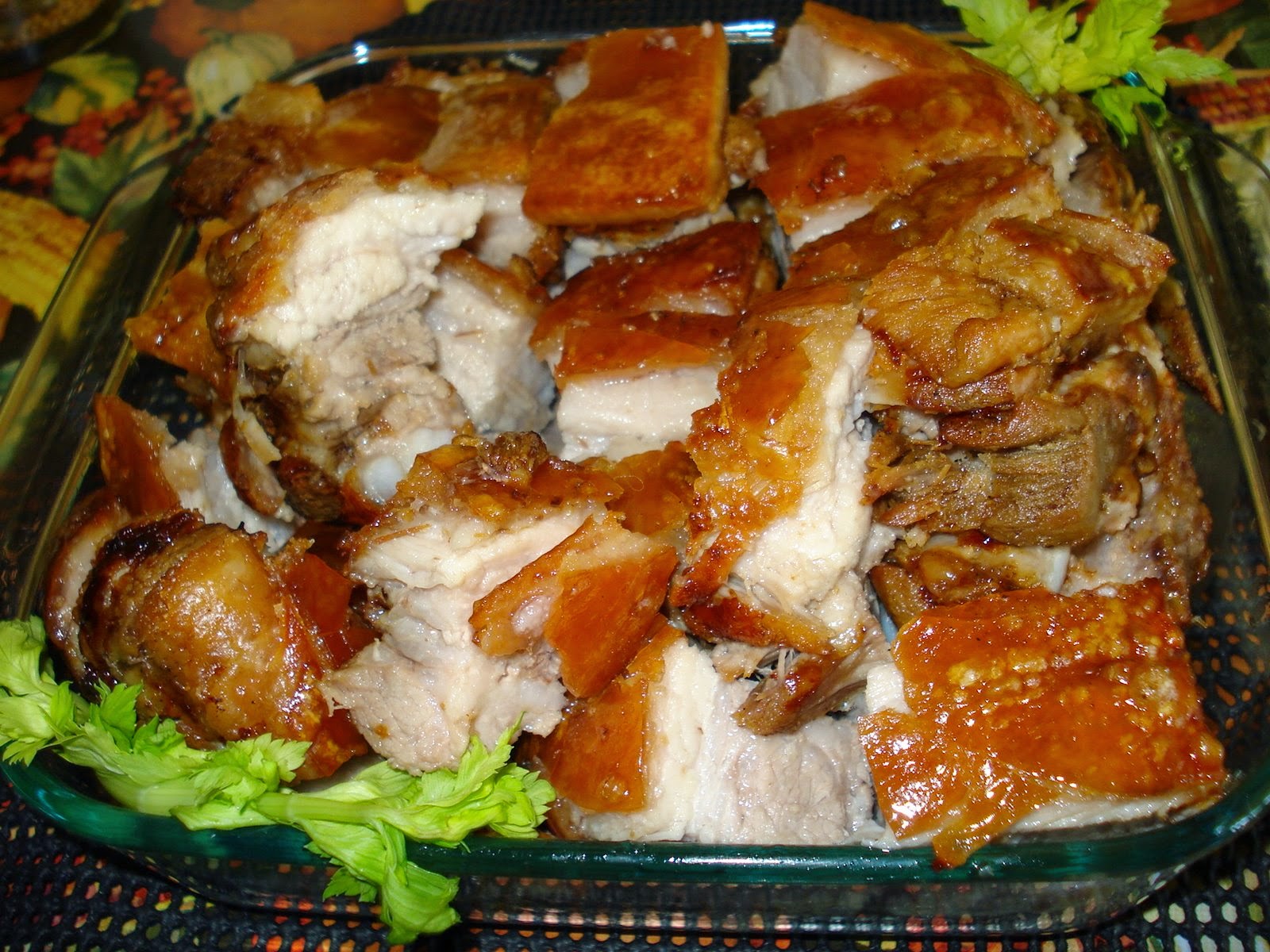 Not for the easily spooked, this pork knuckle is simmered, drained and deep fried until crisp. The meat is tender and juicy inside, with a crisp, crackling exterior.

Served with vinegar, soy sauce and chili. If you have a craving for this at any time, Aristocrat is open 24 hours. 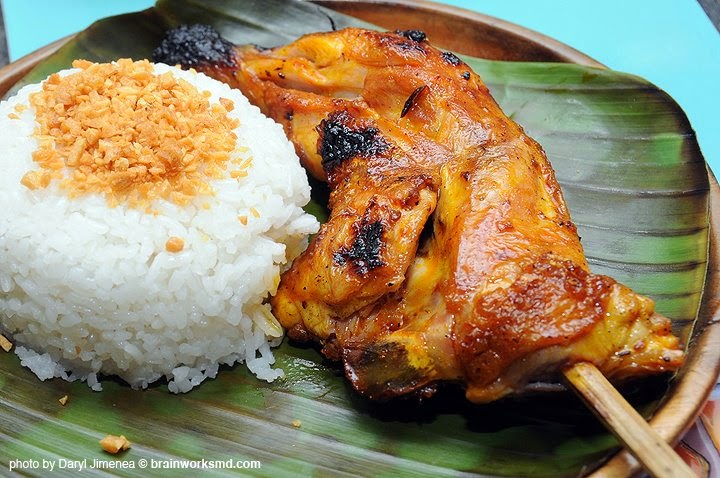 The meat is marinated in lemongrass, calamansi, salt, pepper and garlic and brushed with achuete (annatto seeds) oil.

Every part of the chicken is grilled here from the paa (drumstick), pecho (breast), baticulon (gizzard), atay (liver), pakpak (wings) and corazon (heart). It must be eaten with a generous serving of garlic rice, with some of the orange oil used to marinade the chicken poured over the rice. 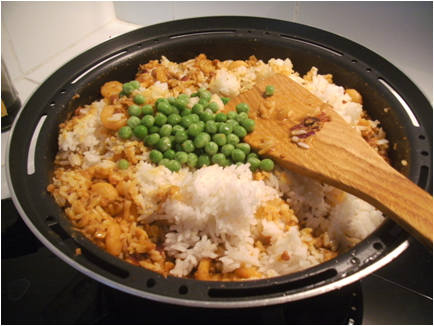 The fat of a small variety of crabs are pressed and sautéed in garlic. This cholesterol-laden Filipino food is often used as a sauce for prawns or eaten with fried fish and rice.

The best taba ng talangka comes from the provinces of Pampanga, Tarlac and Bulacan. Buy a bottle or two from the markets there, or pasalubong shops like Bulacan Sweets. 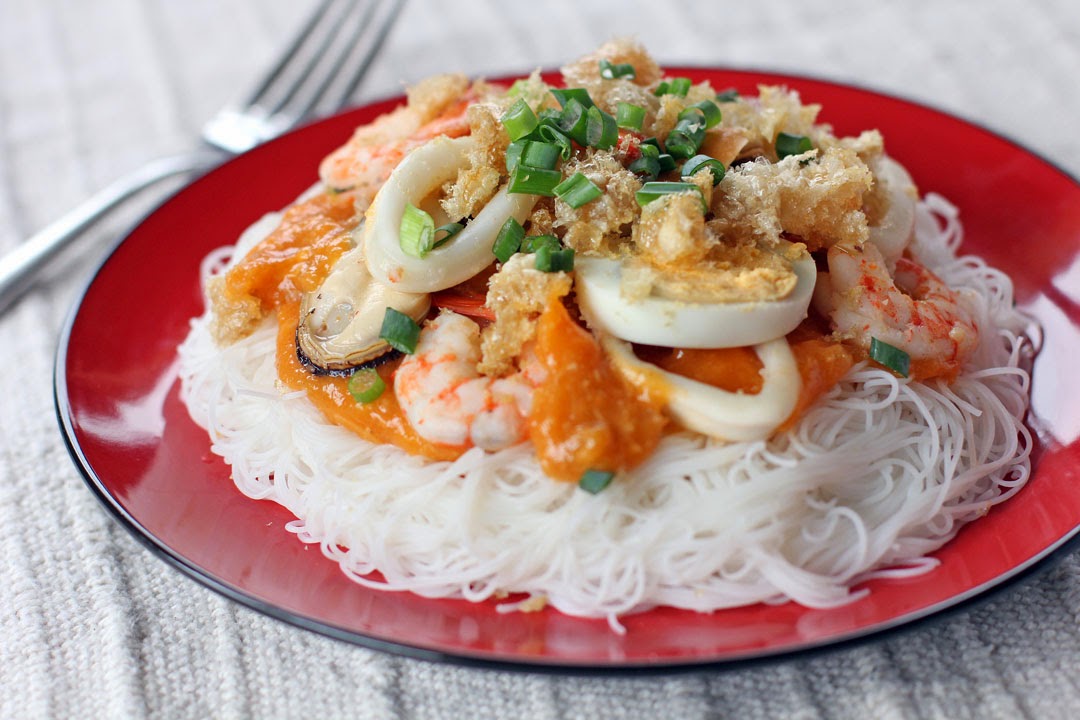 When Filipinos have guests, they don't skimp. The pancit palabok served on most birthday parties is oozing with flavor and textures. 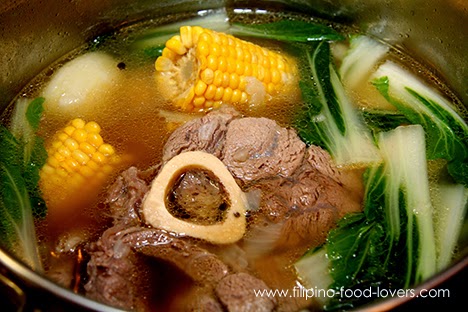 The broth is rich with flavors seeped from the beef after boiling for hours. The bones are big, meaning more bone marrow to enjoy.

In Santo Tomas, Batangas, there's a row of restaurants along the highway serving bulalo. But the best one stands out further away in nearby Tagaytay city, called Diner Café. 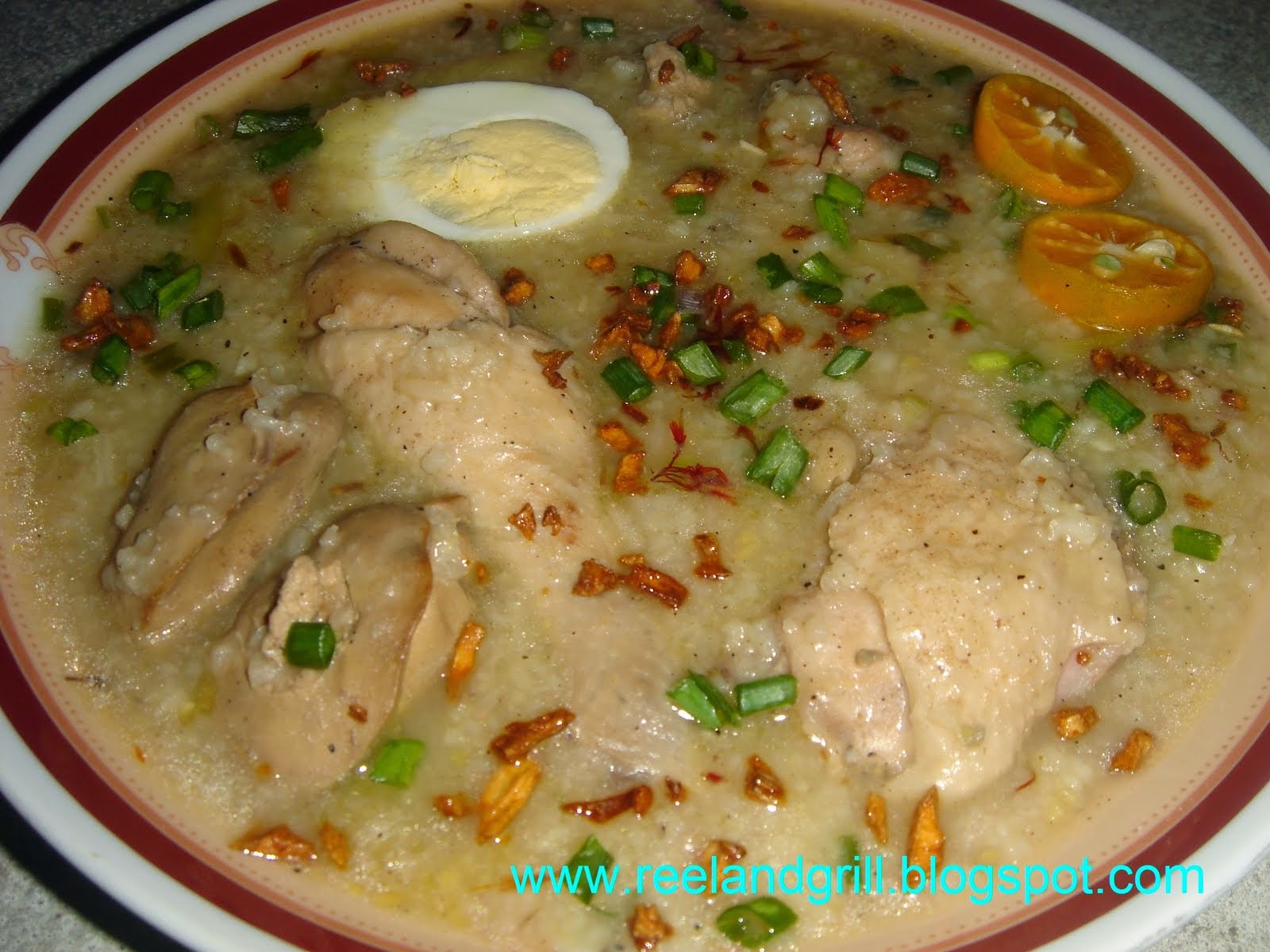 Cooked with ginger and sometimes garnished with a hard-boiled egg, toasted garlic and green onions, this Filipino food is sold in street-side stalls.

If dining al fresco doesn’t suit you, try it at the Via Mare outlets around Manila. 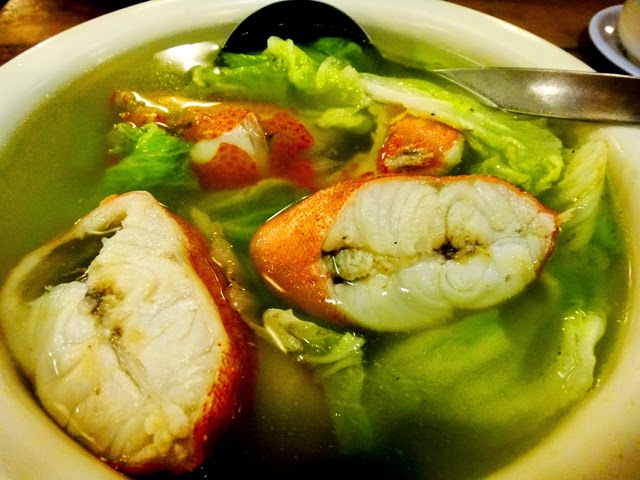 The freshness of Cebu's rich marine life can be tasted in its fish tinola, a simple sour broth flavored with onions, tomatoes and sambag (tamarind) and cooked over coco-lumber firewood for hours.